It took me a long time to get started on this post. I have to be honest--each time I tried, I was so filled with both sadness and anger that I put it aside. Also, I'm on a medication that makes my eyes blurry, so please bear with me if I've made any mistakes.
If you're reading this when I wrote it (June 2020), then you know there's a lot going on in the world. But what I want to talk about specifically is racism.
For the past year-plus, I've been hyper-focused on the minimalist tenet that I hold most dear: letting go of things that matter less in order to have more time, space, and energy for what's most important to me. What's been most important in my life lately has been taking care of my own health, and making sure my mom has what she needs.
That means that I've been neglectful in other areas. I've avoided watching the news, mostly stayed away from social media, and haven't reached out to my friends and family very much.
That last part led to a lot of guilt when last week I was informed that my friend of 25 years died from a heart condition I didn't know about. Not only that, but I can't travel to his memorial to say goodbye to him. So I decided to spend some time having a private memorial with just myself.

In remembrance of my friend Sundance

It brought up a lot of memories of all the good times we had together. We bonded over many things--being shy people who tended towards creativity and introspection, our mutual love of cooking, and how we both wanted to be our own bosses someday.
I also remembered how often the group of friends that we met through treated Sundance like an outsider, made jokes about him, and overall were very cruel.  Long after I broke ties with that group, he and I stayed in touch.
These days, you might call some of the behavior I witnessed against him "microaggression." But a lot of it was just outright racism. I don't know why he put up with it, but I can tell you for certain that he handled it with more grace than I did. I frequently got into shouting matches over the behavior of our so-called "friends."
When people take a sensitive, caring person like Sundance who trusts them and they treat him like an outsider, that can lead to one of two results: an angry person who turns and spreads more bitterness through the world, or someone who rises above that behavior and continues to stand up for what is right. Luckily, my friend took the high road.
So a great deal of the strength I am drawing to write up this post comes from Sundance. His spirit stays with me while I push forward. He was a loving, kind, intelligent person who didn't always feel like he fit in anywhere. I understand that feeling very well.
I could have stayed hidden in my house and spent my time mourning my friend Sundance. That would be the easier thing to do. But he was very vocal in support of civil rights, so in his memory, I'm not going to stay quiet.
As for my own experience with prejudice, it's something I've felt throughout my life in many forms, which may surprise people because of where I lived. I grew up in the San Francisco Bay Area. I didn't label my friends by their appearance, economic status, race, cultural background, sexual preference, or religion. None of that mattered to me. In fact, I paid so little attention to it that I can honestly say I don't know the ethnic background or religious preferences of many of the people I grew up with, and they don't know mine. It just wasn't something we needed to discuss in order to have a good friendship.
But even in a diverse and supposedly open-minded place like the Bay Area, being a multiracial female who spent the better part of four decades with a mystery illness that was finally diagnosed, I encountered a lot of people who felt it was their duty to criticize me and inform me of all the reasons why my life choices, and even my very existence, were not up to their standards. I've come to a few conclusions due to this experience.
I don't claim to be any sort of expert, nor do I have all the answers. I also don't claim to be victimized in the same ways or as badly as others in the BIPOC community. I can only speak for myself about what I've been through and what I've learned from it.

Have you ever been around someone who made you feel like you have to walk on eggshells in their presence? There are some people who seem to be just waiting for someone else to say or do something so they can pounce on it and explain how wrong they are. What a miserable life that must be, spending all one's time looking for negative things to point out in others.
Anyone who has to tear someone else down in order to feel superior to them probably doesn't have very much self-esteem. I can imagine that constantly attacking others never fills up the empty hole inside of someone. Yet they keep doing it, maybe because they don't know what else to do.
This is not an excuse for those that behave in hurtful ways. They are still wrong for their behavior, and the damage they do is very real. But perhaps we can find some compassion for them because they are clearly in need of guidance in the right direction.
The instinct to fight back is perfectly understandable--and something I'm guilty of doing myself sometimes. But I think we all know it doesn't lead to any long-term resolution for the core issue. When it comes to a response, let's use Michelle Obama's guidelines as a model for our behavior: go high when they go low. You can say: "I see you. I can see that your words are coming from a place of pain. However, trying to hurt me as well is not acceptable. Maybe you can tell me what I can do to help you, but if not, then I hope your life gets better."
If you catch yourself sinking into this type of unhappiness, remember that lifting up others is a way to bring yourself up with them. Dragging other people down will only anchor you to the bottom as well.

A person's right to an opinion is not the same as having an educated opinion.

People love to cite their right to freedom of speech. Can you say whatever you want? Sure. But saying it doesn't mean it's true or even valuable. For example, just because something was posted on social media or broadcast in the news doesn't guarantee that whoever said it researched and fact-checked it. Quite the opposite--some people purposefully make statements full of lies in the hopes that others will help them spread their propaganda.

And no matter who this person is--whether they're in a position of power or famous or should know what they're talking about--this does not guarantee that what they wrote or said is correct.

When you repeat something just because it sounds true or it fits with your opinion, it's you that looks like the fool when it's debunked. So do your homework, and think for yourself. Don't let others form opinions on your behalf.

Also, don't be so convinced that something is correct that you ignore blatant clues to the contrary. Most particularly in the past few years, I have observed a trend of willful ignorance. People want so badly to be right about a person or situation that they choose to close their eyes to opposing evidence that is right under their noses. There are huge consequences to this behavior that will affect us far into the future, including other countries looking at the United States as a huge joke for how we behave. This country is not so all-powerful that it can withstand poor relationships with other countries indefinitely--other nations' opinions of us also affect our economy and safety.

So if you can't verify something as accurate, don't repeat it, and don't let it seep into your brain and become something you agree with.

Labels are a form of bias.

You may notice that in speaking above about my friend Sundance, I mention racism against him but didn't mention his race. If you're hoping I'm going to tell you his race now, you're out of luck. It shouldn't matter to anybody--it certainly didn't change anything in our friendship.
Labels are a tricky thing. Especially in the written word--we have to use descriptors to get our point across, but by labeling people or things, we're trying to fit them into neat little boxes. And when you box something up, you're separating it from everything else around it.
The divisiveness that results from labeling causes so many problems. If everyone was treated with respect regardless of how they look and acceptance of their right to be themselves and make individual choices, then labeling wouldn't be necessary. Labeling highlights differences, and prejudiced people see differences as "less than" or "wrong." Also, people are too unique to be shoved into categories. Nothing is ever that clear-cut and trying to make it so is dishonoring how special it is to be an individual.
Speak up when people use labels in a negative way, and be mindful of your own language habits as well.

Ignoring something you don't like doesn't make it go away.

It's disappointing that a country that was founded as a haven for those who were different simultaneously has such a long and continuous history of racism. I can only be thankful that we've made some progress, but it isn't nearly enough.
It's sad that it takes the extremes of people getting injured or killed in a way that's highlighted by the media to bring about some much-needed changes. Meanwhile, so many others have had their lives and deaths go unnoticed because it wasn't sensational enough for journalism. During those lulls, it was probably easy for some people to convince themselves that things weren't that bad anymore. It was simpler to say that things were getting better, that other people were handling it, and that not everyone needed to get involved in order to finally solve this problem once and for all.
That just isn't true. Nobody can just sit back anymore. As many have said, it's not enough to not be racist. We must be anti-racist, and we must all take action against racism.
I'm sure it can be intimidating to speak up, even if you know what other people are doing is wrong. You may feel like it isn't your place, or you don't know enough, or you might say the wrong thing.
If you're unsure, there are a few simple steps you can take: 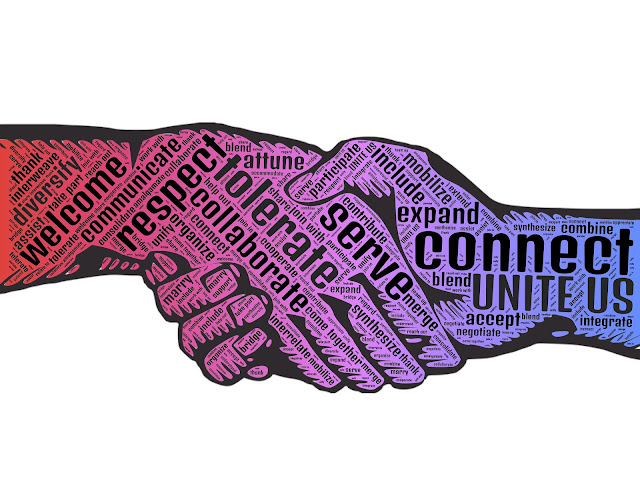